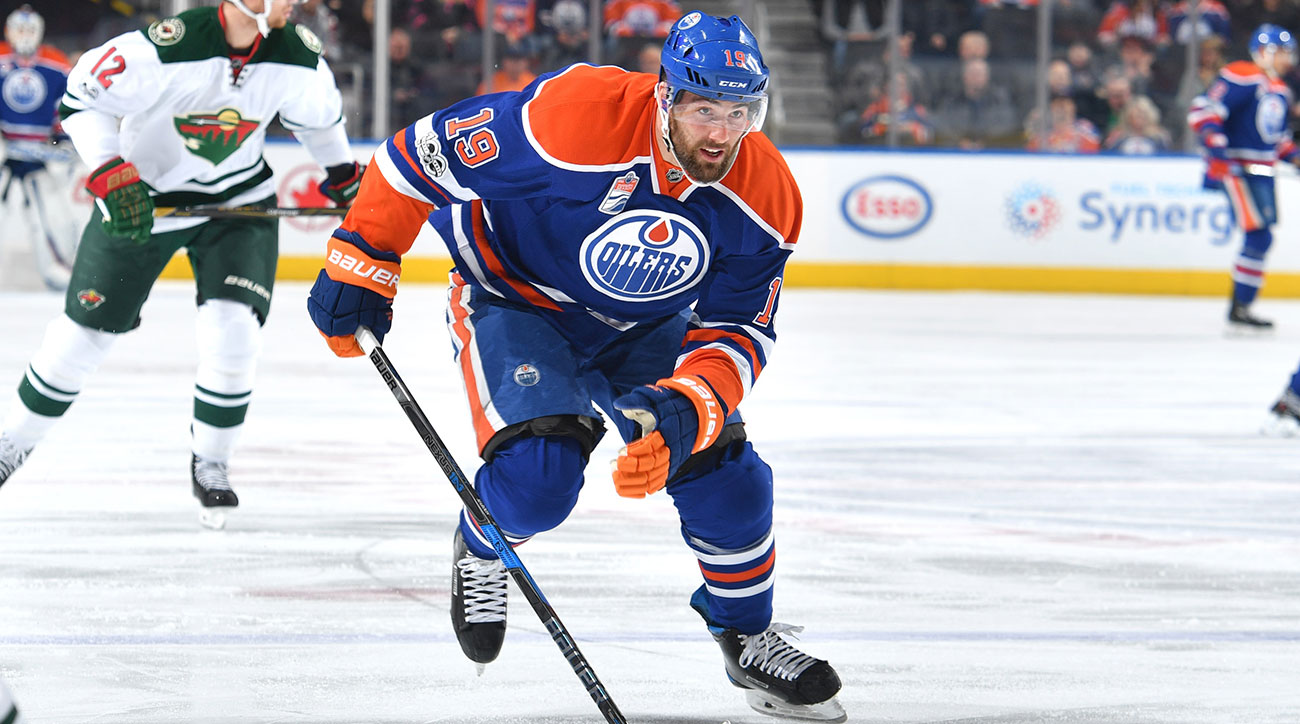 The Devils were not done being buyers at the trade deadline before its end at 3 PM today. They sent a third round pick in the 2019 NHL Draft and the rights to JD Dudek, who is currently at Boston College (the Devils’ fifth pick, 152nd overall in 2014) to the Edmonton Oilers for Patrick Maroon.

Maroon, a left winger, has 14 goals and 30 points in a total of 57 games this year. Now, the main issue is that the Devils have a glut of left wings in their lineup. But, as many have pointed out, newly-acquired Michael Grabner can also play right wing, which would give the team some depth there and get some of the guys like Jimmy Hayes or Drew Stafford, who have not had as good production this year as the team would like, out of the lineup.

Maroon, a 6-foot, 3-inch, 225-pound St. Louis native does have a fair amount of playoff experience despite being in just his sixth NHL season. The 29-year-old, in his time with the Anaheim Ducks and the Oilers, has 12 goals and 26 points in 42 Stanley Cup playoff games. His playoff history includes going to the second round with Anaheim in 2014, the Western Conference Finals with the Ducks in 2015 and the second round last year with the Oilers.

He did play with Taylor Hall in Edmonton for a few months, having been traded there on February 29, 2016 from Anaheim for Martin Gernat and a fourth round pick 2016 Draft that became Jack Kopacka.

Maroon played one year with the London Knights of the Ontario Hockey League – in which he notched 90 points (35 goals and 55 assists according to the Devils’ press release). Maroon was then taken by the Flyers in the sixth round of the 2007 NHL Draft, 161st overall.

This is a move to give the Devils some playoff fortitude. Maroon has had some success in the playoffs and the Devils are showing that they are going for broke by giving up some assets to get pieces for the playoffs. They want to make the playoffs and, hopefully go far – although I am sure management is realistic about the team’s chances to the win a Stanley Cup.

Factor in that they only gave up essentially a second rounder, a third rounder, Yegor Rykov and JD Dudek for Michael Grabner and Patrick Maroon. That is getting things ready for a playoff run in the now and it is good to see the Devils strike when they are hot.

The Devils are now all in about making a run at the postseason. This move only makes them stronger.

Note: photo at the top of this post is via SI.com.